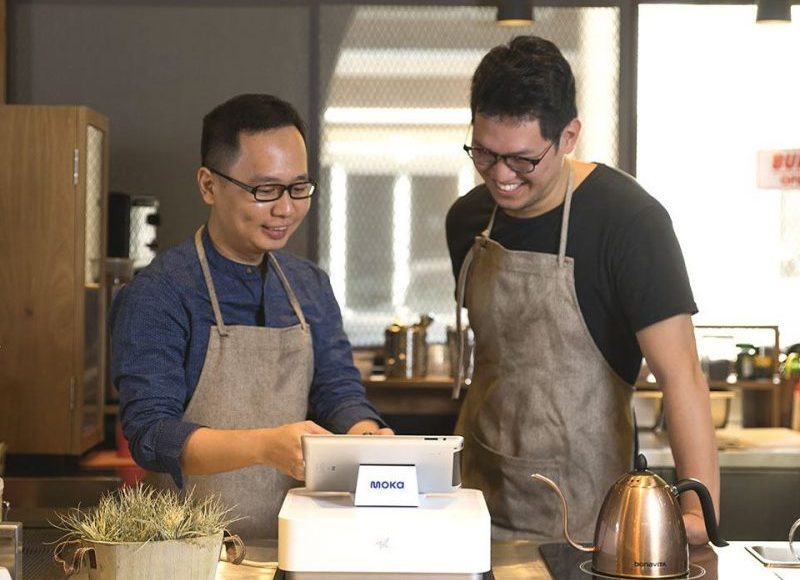 Indonesian cloud-based point-of-sale (POS) terminal startup Moka has raised US$24 million in a Series B financing round led by Sequoia India and Southeast Asia, with participation from new and existing backers: Softbank Ventures Korea, EDBI, EV Growth, Mandiri Capital, Convergence Ventures, and Fenox, according to TechCrunch.

Its flagship product is an app that transforms Android or iOS gadgets into sale terminals. Currently, it boasts partnerships with 12,500 merchants in Indonesia, many of which are in the food and beverages, fashion and service line. Features on the terminals can range from generating reports, managing inventory, managing bookings and table assignment, to customer rewards. Moka primarily generates revenue by charging a monthly subscription fee, which starts from around US$17.

Going forward, Moka aims to use the new funds to become a one-stop platform or ecosystem for companies. The startup intends to open up its platform to third-party developers in efforts to offer a wider range of services. In addition, it has started work in matching its clients in need of a business loan with credit companies.

– While Indonesia might be home to a massive unbanked population, the country is seeing a rising number of mobile wallet and payment solutions, like OVO. Moka intends to become a platform that supports “all” of these wallet offerings, said its CEO Haryanto Tanjo.

– Once again, Moka is a prime example of ‘data is king’. By serving small and medium enterprises, it gets access to business data, consumer habits and preferences, as well as retail trends within the largest country in Southeast Asia, a location often marked as the region’s fastest growing market. The company earns a percentage from each loan that it helps broker through its platform, which uses the merchant’s data with consent to apply for loans.

AliExpress and its crucial role in Alibaba’s overseas expansion strategy

Tech turns to the automotive industry: DJI vs. Huawei

DJI: From UAVs to AVs

Who takes the blame in an autonomous vehicle accident?

KrEurope is a leading digital media platform covering technology innovation, new economy, start-ups and venture investments across China and Europe. KrEurope is powered by 36Kr Global, the largest and most influential tech media in Asia.